5 Things To Do In Ocala Fl.

When I moved from a rural area of Kentucky to Ocala, Florida 12 years ago, I was desperate to enjoy a more active lifestyle with easier access to amenities.

So was I successful?

You see in Western Kentucky:

Since I have moved to the Central Florida area, my life has changed.

Florida thrives on tourism, is flanked on each side by great beaches, and has tons of professional and college sports teams to follow.

However, Ocala is a small town with similar qualities to a Kentucky city; horse farms, a bunch of McDonalds, and a few rednecks.

Yet, there are still plenty of great things to do. (I am really NOT the Ocala Tourism Director!)

So, without further ado, here are the top 5 things I like (or liked) to do in Ocala, Florida:

My son and I spent loads of time here during the summers of his youth.

The glass bottom boat rides were an amazing feature that cruised at less than warp speed over the springs while ancient captains yelled into a scratchy microphone about the Tarzan movies that were filmed there. 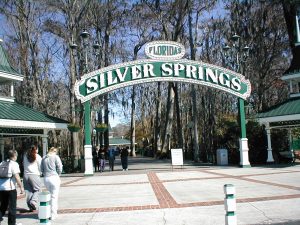 We quickly learned to wear earplugs and give an obligatory laugh occasionally to help raise the captain’s self-esteem.

The springs are simply magical though, crystal clear and very deep.

Our day always ended at the attached water park. Unlike any other water park I had visited, (in Kentucky, we just jumped into a pond) this park was built many years earlier and was, to be nice, a little outdated.

Some of the slides were built from wood and appeared to have been ravaged by a flock of woodpeckers. But there was an excellent children’s area and a wave pool which made it all worthwhile for my son.

Silver Springs began to suffer financially and as a result offered yearly passes to residents. For around $65, we could come every day if we wanted and as a bonus, were rewarded with free parking.

But that is not all:

The pass provided access to the concert series which was comprised of around 10 concerts a year. We caught many of these over the years. I can still remember Kenny Rogers, (pre plastic surgery) throwing Frisbees to the crowd. He had a great arm and still looked human at that time.

My trips to Silver Springs provided memories with my son that I will cherish forever.

It is now the Silver River State Park which charges a fee to enter the park and a separate fee for the boat rides. All the attractions and animals are gone and the water park is next.

However, the state park system is beginning a much-needed campaign to restore the springs and keep the area pristine.  Kudos to them.

Now, other fathers will be able to create memories with their children. (Kenny Rogers was truly the man in the 70″s, I am not lying…) 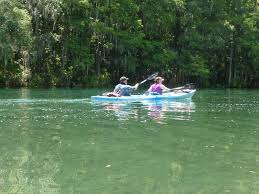 Now, I love the water.

And thankfully, my son has adopted those same feelings.

As a result, we get a kick out of tubing down the Rainbow River.

The Rainbow River is in Dunnellon, Florida and is another in a long list of beautiful Florida waterways that feature natural springs and crystal clear water. Oh, and in case you didn’t know, spring water is cold!  (think “shrinkage”!)

There are several options for tubing including trips up to several hours to as little as an hour.

Here is what we do:

We simply tie our tubes together; (obviously not our Fallopian Tubes) grab our masks and snorkels and swim down the river for four hours. So I guess you could say we don’t actually tube at all. We are just not much for lying around getting sunburned.

However, there is nothing wrong with this at all. Most people calmly float down river with friends and family enjoying the scenery and company. (and occasionally a little beer!)

The only problem we have with our method is the river is extremely crowded during the summer. You have to look up quite often to avoid being run over by an intoxicated boat owner or a river rage infested kayaker.

But exploring the river bottom while being pushed by the current is an experience that everyone should try at least once.

It is an inexpensive endeavor, costing from $10 to $40 and includes the tube and transportation up or down the river.  Alligators not included. 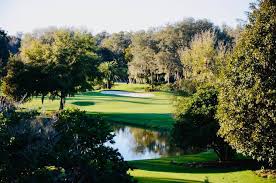 If you live in the Sunshine State, you have to play golf, correct?

Soon after I moved, I stumbled onto a botanical garden masquerading as a golf course, Baseline Golf Course.

This 10 hole masterpiece is located where else? On Baseline Road.

There also is a very nice lighted driving range along with a putting green.

What sets this course apart are two things:

First, is the landscaping. Everything is well…perfect. Flowers, trees, shrubs, you name it, everything is perfect. Greens manicured, fairways mowed, it is just…perfect.

Secondly, I love the “Lucky 13” hole which lies between 4 and 5. It is just an 80 yard shot. However, it is to an island pin with a huge tree and fountain where many of my balls have gone to their resting place. (insert your own joke here…)

Golf is a frustrating sport, but the atmosphere at Baseline tends to relax me. The staff is incredibly friendly and helpful and seem honestly glad to see you, not just your wallet. 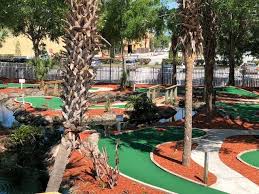 The first day I woke up in my new digs in Ocala many years ago, I grabbed my five year old son and we went exploring.

We were looking around the movie theater area when we saw a sign for Easy Street Funworks.

Intrigued, we entered a world in which we quickly dropped a load of money and came home soaking wet a couple of hours later.

As an active person, I love everything but the video games. Kids play too many of these already!  But that is a different blog post.

The miniature golf course is challenging and even has an old plane on one of the holes. There is water on several holes and you will often see people trying to hit balls out of the water like they are Tiger Woods.  (insert your own joke here.)

The best part without a doubt is the go carts. Who doesn’t love to race around an oval track with the pedal pushed to the ground trying to beat every other person out there?  The problem is that the slow drivers tend to stay in the left lane.  Must be a Florida thing…

They used to have a little pond with boats that had water cannons. You floated out and tried to shoot the other sailors with a high powered squirt gun.  There was no defense for this and you invariably got completely soaked. It WAS fun though.

They have since gotten rid of the pond and added water balloon fights. But the water cannon lives on in my heart.

Great fun for the family, but be careful, you can burn through money in a hurry trying to get enough tickets to win a pink stuffed animal. 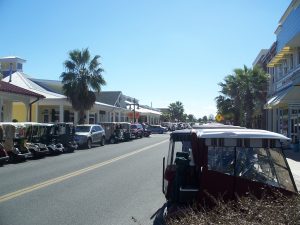 OK, so this isn’t really in Ocala. But hey, it is just a hop, skip and a jump and man, what a place.

So what is there to do and why do I like it so much?

To begin with, it sits on a beautiful lake surrounded by golf courses, wilderness, and businesses, It takes your breath away at night with the perfectly placed lights shimmering off the water.

You can sit in a number of places and just enjoy the peace and tranquility of the lake and surrounding area. Feed the fish and check out the turtles. Don’t feed the alligators though!

The square itself features live entertainment each night (6-9 pm) for the entire year. You haven’t lived until you have seen an 80 year old woman dressed entirely in black (including a black cowboy hat) dancing by herself with a cane.  I have video proof!

It is fun to just sit and watch the dancers and listen to the music in an adult atmosphere (read; no teenagers causing trouble).

If you like to party, there are several nice bars that stay open much later than the town square shops. There is also World of Beers which is a favorite of my beer-loving brother from Nashville.

There are ice cream shops, great restaurants and shopping for those who want to gain weight and/or spend money.

Although I am not old enough to live there yet, I have been scouting golf carts for awhile now…

There you have it. Five of my favorite things to do in the Ocala area. Want to add your own list? Just type it into the comment section below!

Everyone Is Not A Crook!

Far far away, behind the word moun tains, far from the countries Consonantia, there live the blind texts.